When looking for a translation job, you will have most likely seen the main requirement as a good knowledge of language grammar and its vocabulary. But in practice, experienced clients usually require more than just that. They are looking for a specialist that understands their business, follows the latest trends, and doesn’t make the most common translation mistakes. But what are these enemies of translators that can completely change the meaning of a text?

Don’t be a Google translator

One of the most common mistakes in translation among inexperienced specialists or specialists who use machine translation is attempting a word for word translation. This may be typical for legal or technical documents but it’s a bad choice for literary writings. Such translations can deliver wrong messages to the reader. For example, the word glove in Dutch literally means handshoe. Or imagine, what might occur if someone tried to translate the word hotdog literally.

It’s important to focus on the target language to avoid this common mistake. Grasp the meaning of the source text, its context, and then translate the whole idea, not each word. It’s even better to skip some words if they’re not contributing to the overall meaning.

Idioms send specific messages and are usually bound to a particular culture. Often they are metaphors, and so translators can have a hard time translating them to deliver the right meaning.

Many professionals have their own secret tricks when working with these phrases. Mona Baker in her book “In Other Words: A Coursebook on Translation“ proposes several methods. The most common are three of them: 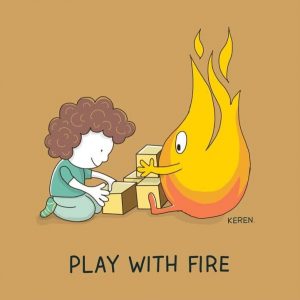 1. Use an idiom with the same meaning and form.

For example, the phrase the rain fell on the just and on the unjust can be translated into French as La pluie tombait aussi bien sur les justes que sur les injustes. The translation has the same meaning – the rain was falling on the just as well as on the unjust.

2. Find an idiom in the target language with the same meaning, but a different form.

For example, the English phrase one good turn deserves another and the French phrase à beau jeu, beau retour use different words, but deliver the same idea: a handsome action deserves a handsome return.

3. Paraphrase. This is the most common solution.

Take this text from the book A Hero from Zero:

It was subsequently used by Norman Tebbit, as Secretary of State at the Department of Trade and Industry, to unfairly restrain a Lonrho bid while he pushed another pony past the post.

It was translated into French as

False friends in a translating context are like false friends in real life: they look real, but actually mean something completely different. These words usually have the same form in the source and target language, potentially waiting to trip up unwary translators. For example, the Spanish word colegio means high school, not college, and compromiso means commitment. The French word demande (meaning request), when mistranslated into English as demand, even caused a diplomatic scandal between France and the USA in the 19th century. Find more funny examples here.

Translators need to pay particular attention to these “easy” words. If the sentence seems awkward and illogical, this is often the best time to check the most obvious words with the dictionary. 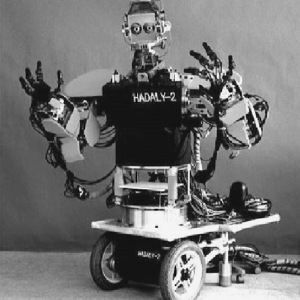 If we could go back in time, most likely we would almost feel like aliens. Our ancestors spoke a different language, as language has evolved over time. A lot of words have changed their meaning. For example, the word nice meant foolish in the 14th century. Cute meant clever 200 years ago. Think these examples are too old? Then what about the word android? It existed as long as 1000 years ago and meant like man. But at the beginning of the last century, writers used it to describe robots. Now, for a majority of people, it’s just an operating system on their phone. Now consider just 30 years, what would people have thought of a person saying “Close the window with a button click” or “Click the button of your mouse”? That they were insane? Yet, it’s a reality today.

Small words in translation can often cause you a lot of headaches. Abbreviations, in particular, are a great challenge for beginning specialists, especially medical translators—the same term may have several abbreviations, or the same abbreviation may be used for multiple terms. For example, CT can mean computer tomography, cerebral tumor, coronary thrombosis. On the contrary, the term sublingual (meaning under the tongue) can be written as SL and sublin.

To expand difficult abbreviations and prevent any problems, professional translators tend to use special tools, dictionaries, or online resources, like abbreviations.com, acrofinder.net or acronymfinder.com. 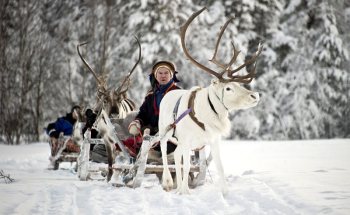 When Hawaiians scratch their heads to remember something, they pana po’o. We have no direct translation of this very specific word in English. The French word sangfroid means coldblooded and describes a calm person that can control themselves in stressful situations. Sometimes translators do not find any difference between some words. The Central Siberian ethnic group Yupik has 40 terms that describe snow. An ethnic group in northern Scandinavia and Russia called Sami has around 1 000 words to describe reindeer.

A good understanding of the cultural aspects of the source language, research on the topic, or even just an efficient use of the Google images tab can help in some situations.

High-quality translation requires a good understanding of the source document. Often clients can explain the ambiguities in the source text, and this can help avoid a lot of issues.

Do you use any techniques to avoid these common translation mistakes? Share your experience in the comments!